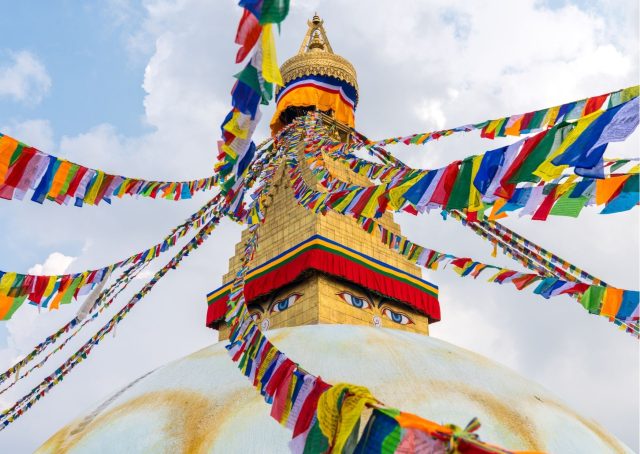 In a bid to revive its struggling tourism industry, the Nepal government has done away with its seven-day mandatory Covid-19 quarantine for foreign tourists and resumed issuing visas on arrival to vaccinated travellers.

n another major boost to the sector, major airlines have announced the resumption of the much in demand mountain flights, which draw lakhs of tourists each year.

In a notice on Thursday, the Immigration Department of Nepal said foreign travellers to Nepal can obtain visas on arrival at Tribhuvan International Airport, Kathmandu and other entry points, including buses from neighbouring India if the applicants have received both doses of the Covid-19 vaccine at least 14 days in advance.

Further, the travellers are required to show documents attesting that they have tested negative for coronavirus in a test (any one of RT-PCR/Gene Expert/ True NAAT tests) conducted at most 72 hours before arrival and that they have pre-booked hotel arrangements.

If travellers intend on collecting visas from Nepali embassies abroad, they are also required to complete the vaccination beforehand.

Unvaccinated travellers will have to undergo 10 days of quarantine, according to the notice.

The announcement comes as Nepal’s Covid-19 outbreak considerably eased in the past few months, daily virus cases which were ranging upwards of 8,000 in late April and May, have come down in the 100s in September.

Meanwhile, the two main airlines operating mountain flights have said plans are on to increase the frequency.

The one-hour mountain flight takes passengers to a height of about 25,000 ft on either side of Mt Everest, it is one of the most sought-after attractions in the Himalayan nation.

Yeti Airlines, which stopped mountain flights, said services will begin from next Sunday.

Buddha Air is presently operating mountain flights only on Saturdays, however, its marketing manager Rupesh Joshi said more flights will be operated from next week.

Nepal, which hosts eight of the 14 highest peaks in the world, is severely dependent on its tourism sector. The Himalayan nation recorded just 230,085 foreign footfalls in 2020, a dip of over 80 per cent compared to 2019.