The Grand Bazaar, Istanbul’s historical shopping and trade centre, was visited by 39,766, 801 people in 2022, following its restoration. This magnificent structure with a labyrinthine interior features thousands of shops selling all kinds of products from textiles to antiques and has been a destination of shopping for centuries.  The Grand Bazaar, a covered complex that resembles a small city with a daily circulation of thousands of employees and shoppers, started welcoming visitors to its renewed structure after the restoration last year. The number of visitors to the Grand Bazaar rose by almost 56 per cent from 25.5 million in 2021, to approximately 40 million in 2022 out of which 2 lakh visitors were Indian travellers. With this figure, an average of 100,000 people per day visited the Grand Bazaar last year.

Located between Nuruosmaniye, Mercan and Beyazıt in Istanbul, the history of the Grand Bazaar dates to the middle of the 15th century. Within the scope of the Ottoman-era foundation system that covered almost all socio-economic and cultural life, structures such as bazaars were built near religious and other social and charitable sites to meet such needs such as maintenance and repair costs.  The foundation of the Grand Bazaar, one of the most important landmarks in Istanbul, was laid in 1461 with the structures erected by Fatih Sultan Mehmet to bring income to Hagia Sophia. The Grand Bazaar, which became the region’s most important trade centre over time, has started to serve as an important financial centre where jewels and precious metals from all over the world are traded.

Defined not only as the oldest but as the largest shopping centre in the world, the Grand Bazaar has undergone several renovations by famous architects, including Sarkis Balyan, after various fires and earthquakes. Historically and culturally important, the Grand Bazaar – Kapalıçarşı in Turkish – has a prominent place in literature, travelogues and art, and continues to draw attention as one of the most visited historical bazaars in the world.

Remember, the first rule of shopping in the Grand Bazaar is ‘to bargain!’

In the historical Grand Bazaar, which now hosts around 2,500 workplaces with additions made over a 500-year historical process, one can find countless products – from carpets to bags, from textile products to gold and silver jewellery, and from antiques to tiles. In the section called han (inn), where artisans specializing in the crafts of the Bazaar are located, there are around 1,200 workplaces. The Grand Bazaar is open between 08.30-19.30 in the summer and 08.30-19.00 in the winter.

A visit to the Grand Bazaar offers a chance to breathe the historical air of Istanbul and to observe its economic dynamics, in other words, to experience all of Istanbul through a bazaar. A search for the perfect item is likely to result in a fascinating stroll through the winding streets and passages of the Grand Bazaar, coming across numerous cafes and restaurants as well as enchanting shops.

During your visit to the Grand Bazaar, never forget the golden rule of shopping in the Bazaar: “Bargain with every purchase”! 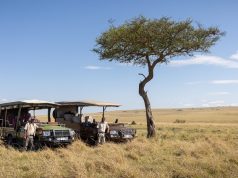 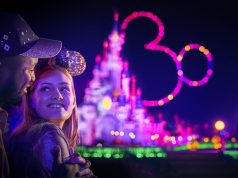 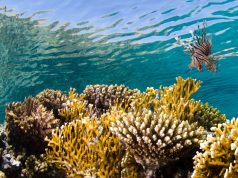