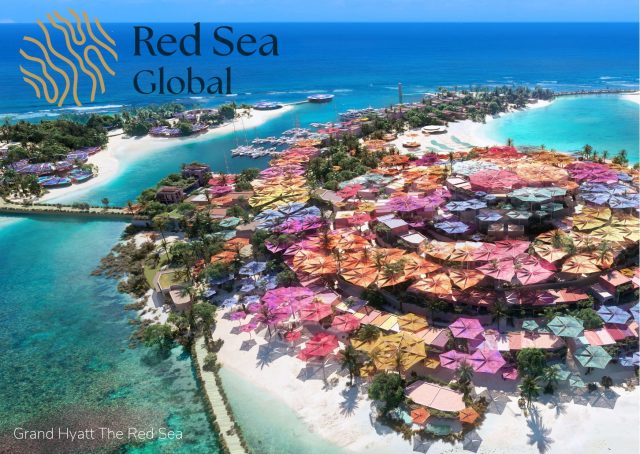 The developer behind two of the world’s most ambitious regenerative tourism projects has confirmed its transformation into Red Sea Global (RSG). The responsible developer, formerly known as The Red Sea Development Company, is currently overseeing the creation of two luxury tourism destinations in Saudi Arabia. THE RED SEA and AMAALA prioritise delivering a positive impact for people and planet and are on track to place Saudi firmly on the global tourism map.

Following the successful delivery of critical milestones, and with THE RED SEA destination on track to welcome first visitors in 2023, RSG’s mandate has expanded to oversee upwards of a dozen projects stretching the length of the Red Sea coast of Saudi Arabia, with the potential to expand beyond the Kingdom in the future.

“With THE RED SEA and AMAALA we’ve proven our ability to realise mega-scale responsible developments that positively shape the futures of both the people who we welcome and employ, and the places in which we operate,” said John Pagano, Group CEO of Red Sea Global.

“The announcement today marks the start of our evolution into a truly global developer that can lead the category towards a new archetype for development. We are powered by extraordinary people from the Kingdom and beyond, and have the skills, knowledge, and experience required to succeed on the world stage.

“We are not only expanding our footprint to help create massive economic opportunities – valued at hundreds of billions worth of riyals – for the people of Saudi Arabia. We also want to set new global standards in the development and inspire the industry to do better.”

RSG has a growing portfolio of projects stretching along the Red Sea coast of Saudi Arabia, with more than five additional projects already under feasibility study, entering masterplan competition phase, or at which construction has already started.

The expanded mandate also includes the establishment of a series of subsidiary businesses to drive an uplift in the Saudi tourism sector and associated industries. Such RSG-owned businesses allow the organisation to maintain its stringent sustainability standards in the development and operational phases, and span the creation of a seaplane company, through to hospitality and guest experience brands.

The global multi-project developer’s existing two giga projects under delivery are projected to contribute some 33 billion riyals annually to the Kingdom’s economy on completion, evidencing the economic boon that RSG can deliver as it expands. RSG’s projects also focus on enhancing the well-being of communities, including comprehensive training programs for the next generation of Saudi talent.

To date, across the two live projects, the company has awarded more than 1300 contracts worth nearly 32 billion riyals ($8.5 bn), with some 70 percent of the total value awarded to Saudi companies reflective of the organisation’s ambition to positively impact the local economy.

RSG’s groundbreaking approach toward responsible development has seen the company explore and, in some cases, implement experimental technologies and pilot programs to help solve some of the world’s most complex and pressing challenges, such as off-site manufacturing and modular construction methods at scale, green concrete to limit emissions, destination-wide clean mobility strategies, and even sustainable food production through new farming approaches.

The company also revealed a stunning new logo concept and brand, inspired by the Red Sea, home of the organization’s flagship projects, and the global aspirations of the company to have a positive impact on development worldwide.