Shuchi Anant Virya, the joint venture company between India’s largest EV based mobility solutions provider, Lithium Urban Technologies and Fourth Partner Energy, India’s largest solar energy company for commercial and industrial businesses, today announced the setting up of a network of electric vehicle charging points along the Manali-Leh route in the Ladakh region, thereby enabling EV connectivity along the route, including 5 of the highest motorable passes in the world.

The PowerBank team installed 18 EV charging stations along 1800-km in 10 days, of which 15 of them were set up at locations with a height of 10,000 feet – 14000 feet above mean sea level. The entire road trip was successfully completed driving electric cars that were charged at the installed charging points. The chargers installed were a mix of Type-I and Type- II AC chargers catering to electric two, three and four-wheelers.

Commenting on the success of the endeavour, Sanjay Krishnan, Founder, Lithium Urban Technologies said, “Shuchi Anant Virya, through its flagship brand PowerBank is proud to be a catalyst in accelerating green mobility transformation across the country. We set out on this journey with the aim of protecting the most fragile ecosystems in India, starting with Himachal and Lakdak, and as part of the endeavour, we installed 18 AC electric vehicle chargers along the route of Manali – Leh – Kargil – Nubra – Turtuk – Pangong – Siachen Base Camp: home to not just India’s but some of the world’s highest motorable roads including the Khardung La, Chang La and Taglang La passes. This would not have been possible without the support of the Indian Army and the people of Ladakh, and we would like to express our deepest gratitude to them.”

With the rise of travellers and tourists along this scenic Himalayan route, pollution caused by fuel combustion has increased significantly, leading to severe environmental degradation.

“Through this initiative, PowerBank’s primary goal is to ensure that we convert at least 50% of the vehicular traffic to EVs and significantly reduce tailpipe emissions in the Ladakh regions in the next 36-48 months. We also seek to bring about a paradigm shift in how people perceive EVs – by addressing apprehensions around the availability of energy for long hauls and overnight road trips,” added Sanjay.

The charging stations have been installed at key locations such as the  Urvashi’s retreat, Ride Inn Cafe and resort and the Ambika HP fuel outlet in Manali, the Unicorn Hotel and The Royal Enfield Showroom in Khangsar, Hotel Ibex and Padma Lodge in Jispa, Hemis Monastery, the Lato Guesthouse in Lato, the HP fuel outlets of Buddha Filling center and LAHDC in Leh, the Abduz and the Grand Dragon hotel in Leh, Hotel Kargil at Kargil, and Nubra Organic Retreat and Cafe-wala Chai at Nubra. Travellers can charge their electric vehicles overnight at these facilities.

Talking about PowerBank’s long-term goals, Vivek Subramanian, Co-Founder and Executive Director, Fourth Partner Energy said, “India is making significant strides on the EV manufacturing front, but there is a lot of ground to cover on the infrastructure front. Through PowerBank, we are looking to cover the length and breadth of the country with accessible, affordable EV charging points that are easy to use. Our chargers are integrated with an app that enhances the customer’s EV experience. Eventually, the goal is to power these chargers using renewable energy from the grid. For the PowerBank team, the successful installation of these chargers reflects our execution expertise – if we can electrify India’s toughest terrain, the rest of the country is just work-in-progress.”

The JV company has currently set up charging points at more than 50 locations across 10 cities in India including larger footprint charging hubs in Pune, Mumbai, Delhi NCR, Bangalore and Kolkata under the brand name PowerBank, and has also tied up with fuel retailer HPCL to set up more than 100 EV charging points across its retail outlets pan-India this fiscal. To date, the Powerbank network of chargers have facilitated nearly 10 million green kilometers of travel. 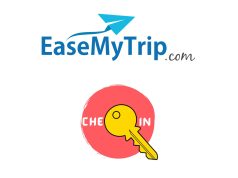 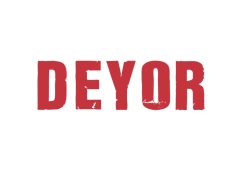 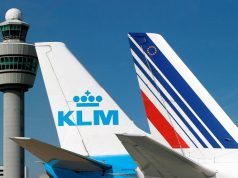