Norwegian Cruise Line (NCL), the innovator in global cruise travel with a 54-year history of breaking boundaries, today premieres the next episode of EMBARK – the Series, “Welcome Aboard,” which will be live at 8 am HKT at www.ncl.com/embark and Facebook.

The Company’s five-part docuseries chronicling its return to cruising journey continues with a behind-the-scenes look at its Great Cruise Comeback when Norwegian Jade becomes the first ship in the fleet to welcome guests back on board after 500 days.

In this fourth episode, viewers will witness the emotional moments when crew reunite for the first time after many months, as well as their excitement to do what they do best – deliver memorable cruise experiences. The episode will showcase the final preparations to ready the ship before the first guests embark and Norwegian Jade makes history as the first ship in the NCL fleet to homeport in Athens.

“We have been building up to this moment, when we finally set sail after a long 500-day journey back to cruising,” said Harry Sommer, President and Chief Executive Officer of Norwegian Cruise Line. “From the beginning we set out to bring travellers along as we innovated and prepared for our Great Cruise Comeback. Now, in this fourth episode we bring viewers along to see and feel the emotions and excitement of safely reuniting with our guests, crew and the destinations we’ve missed for over the last year.”

“Welcome Aboard” will premiere live today, Friday 10 September 2021 at 8am HKT. This next episode and the suite of EMBARK content including The Series, Spotlights and Stories are available at www.ncl.com/embark

Norwegian Cruise Line restarted its cruise operations on 25 July 2021 following a more than 500-day suspension, with Norwegian Jade launching seven-day itineraries to the Greek Isles. Norwegian Encore became the first ship in the NCL fleet to return to cruising from the U.S. on 7 August 2021 and is currently sailing her inaugural season of week-long Alaska voyages from Seattle. On 15 August  Norwegian Gem was the first ship in the fleet to resume operations from Miami and set sail from the new Norwegian Cruise Line Terminal at Port Miami with a selection of week-long voyages to the Caribbean and four-day cruises to the Bahamas. Additional ships are scheduled to redeploy in Europe and North America as the Northern hemisphere autumn progresses.

The fleetwide redeployment will continue in partnership with local governments and is guided by the robust protocols of the Company’s Sail SAFE™ health and safety program, which at its cornerstone includes that all crew and guests must be fully vaccinated to embark for voyages through 31 December 2021. Working with the leading experts of the SailSAFE Global Health and Wellness Council, the robust protocols will be regularly evaluated and modified as needed, making science-based decisions to protect guests, crew and the destinations it visits. As protocols evolve and additional information becomes available, updates will be published at www.ncl.com/sail-safe. 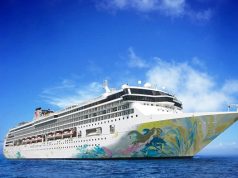 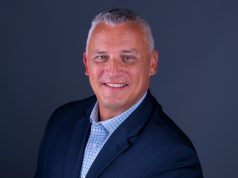 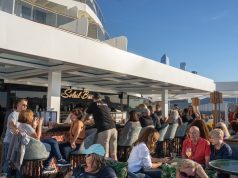