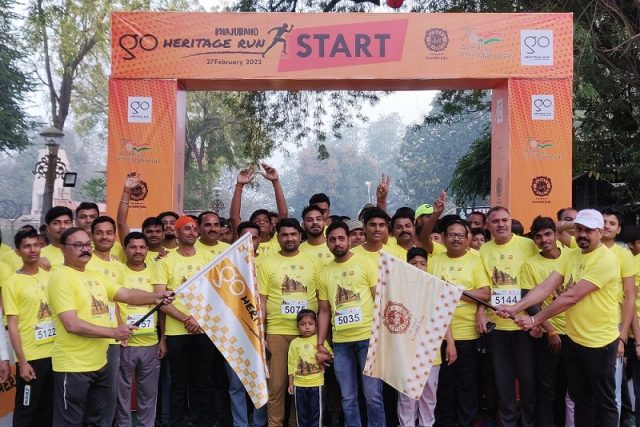 The magnificent Lakshmana and Vishwanath Temples served as perfect backdrops befitting the mission and purpose of promoting Heritage Tourism destinations.

The event attracted running enthusiasts from Khajuraho and adjoining areas and some runners who specially came from as far as New Delhi, many tourists who were in town for the Khajuraho Dance festival also joined the run.

The run was divided into 5 km, 11 km and 21 km segments. Special commemorative T-shirts were provided to all and Participation certificates and beautiful medallions were also presented.

Ajay Mohan Reddy, Founder, Go Heritage Run was happy with the response received and hoped for larger and also more International participation in the 2023 edition of the run.