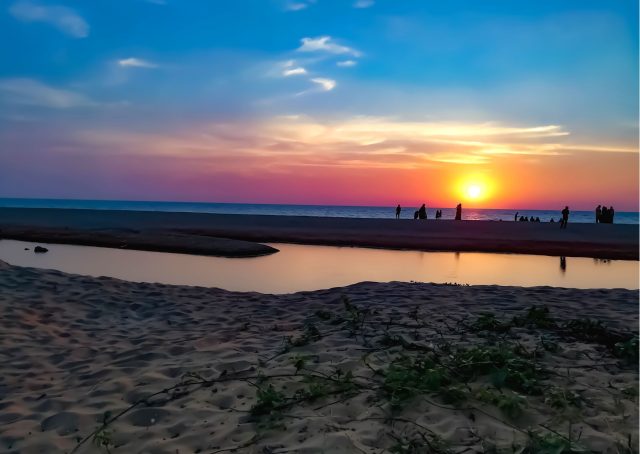 The ‘Spice Coast’ in the far north of Kerala, better known as North Malabar, will bask in myriad colours and the pomp and splendour of the cultural extravaganza titled ‘Bekal International Beach Festival’ from December 24.

Chief Minister Pinarayi Vijayan will inaugurate the 10-day first international beach festival, which captures the wholeness and the essence of the district’s cultural and artistic uniqueness and displays the rich cultural diversity and grandeur of the country, at the majestic Bekal Beach Park.

Around five lakh people from across the globe are set to revel at the festival that will be staged at the three venues of Chandragiri, Thejaswini, and Payaswini, organisers said. The festival which also aims at revitalising the district’s development by showcasing its potential will offer a feast of cultural and musical nights, along with food festivals that capture the cuisine of Kasargod, exhibitions, and tour programmes.

Beach sports, which is staged on foreign shores, is the prime attraction of the fest. Tourists from different parts of the world, especially from the Arab world, are expected to swarm and enjoy the event.

CH Kunhambu, MLA, said the festival would reflect the historical face of Kasargod. “By conducting the festival, the diverse identity and culture-rootedness and legacy of Kasargod, also called the ‘Sapthabhasha Sangamabhoomi’ (the land where seven languages meet) could be proudly conveyed in front of a global audience,” he said.

He complimented the local people for their wholehearted support in cutting caste-religion-political barriers to organise the event in a grand manner. Kunhambu said the festival would reflect a cross-section of the culture and the unique identity of the land.

National artistes will stage their events at Chandragiri while Thejaswini will witness the programmes of Kudumbasree workers and in Payaswini, the artists from the district will stage their select traditional art forms at the same time. Prominent figures from the political, cultural, and literary spheres will deliver cultural talks before the staging of the events at the main venues.

A total of two and a half lakh tickets have already been sold, said the legislator. The event is being held conforming to the green protocols. Kunhambu said Kasargod will become a mini-India by embracing and parading its artistic, cultural, linguistic, and social diversities during the festival. The venue is spread over 50 acres.

A host of famed artists including the likes of Nooran Sisters, Sithara Krishnakumar, Vidhu Prathap, Shabnam Riyaz, Mohammed Aslam, Praseetha Chalakkudy, Mattannur Sankarankutty Marar, and Stephen Devassy among others will perform on the festival days.

Over 1,000 international, national and local artists will perform at the beach festival, while eminent personalities like the Cuban Ambassador Alejandro Simancas Marin are expected to grace the event, an official statement said. A special tour package named ‘Yathrashree’ is made available for tourists through Kudumbasree to explore exotic tourist destinations in the Kasargod district.

The tourists can also experience the traditional foods of Kasargod as well as the arts of Theyyam, Alaamikkali, and Yakshagana. The festival tickets are in digital form with QR code and are sold through Kudumbashree and Cooperative banks.

The Bekal International Beach festival is organised by Bekal Resorts Development Corporation (BRDC) in association with the District Tourism Promotion Council, Kudumbashree, Asmi Holidays, and the local self-government bodies in the district, the statement added. The event would conclude on January 2, 2023.