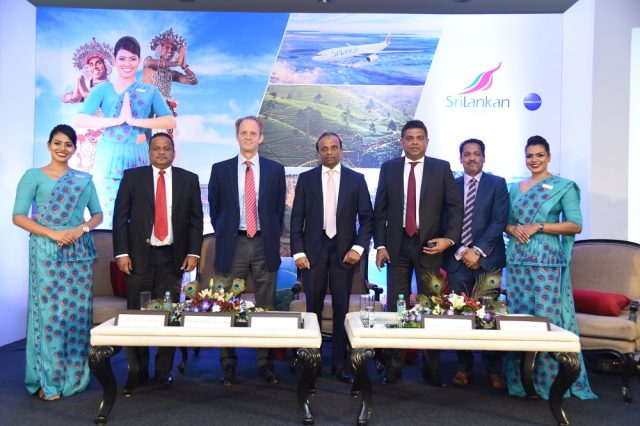 SriLankan Airlines, today, assured Indian travellers that the Airline is committed to increasing the flights to destinations that were temporarily halted due to the pandemic, restoring operations to pre-COVID-19 levels, and offering Indian travellers a wide range of connections to Sri Lanka.

Ashok Pathirage, Chairman, SriLankan Airlines, said, “India is our biggest market, and we are dedicated to re-establish operations to full scale where the Indian market is concerned. We continued to operate both passenger and cargo flights to and from India even during periods of lockdown and despite many global travel restrictions.

“It is an ideal time to create awareness about SriLankan Airlines’ operations in the Indian market and build confidence among travellers to book with the Airline as lockdowns are being lifted and global travel restrictions are eased.

“The inflow of tourists from India to Sri Lanka has increased considerably in the last few months, with Sri Lanka being one of the first few countries to open borders and welcome fully vaccinated Indian travellers including those who have taken Covaxin. India continues to be one of Sri Lanka’s most significant source markets for international travellers.”

“The Airline was able to adapt to meet the changing needs of the industry as the pandemic raged on and played a key role in bridging countries and facilitating the movement of people and critical supplies, including between India and Sri Lanka,” stated Richard Nuttall, Chief Commercial Officer, SriLankan Airlines.

Accordingly, Cargo operations emerged as a key activity in the Airline’s business model, and SriLankan plans to introduce more dedicated Cargo flights to its operation.

Dimuthu Tennakoon, Head of Worldwide Sales and Distribution, SriLankan Airlines, said that the Airline is now forging ahead with plans and investments to re-establish its presence in the Indian market.

Recently, the Airline flew down a group of Indian media personnel for a familiarization (FAM) tour to Sri Lanka, so that they could be updated on the current environment in the country for Indian tourists in terms of facilities to ensure a COVID-Safe holiday. He added, “Likewise, we conducted several media FAM tours including a recently concluded major FAM tour for fifty top brand influencers from India who go to experience the diverse culture and heritage of Sri Lanka, which in turn they would promote to their audiences in India. Additionally, there is a pan-India brand campaign in progress at the moment.”

When global aviation was at its lowest point, SriLankan Airlines continued to launch flights to new destinations including Nairobi; Korea; Moscow; Frankfurt; Sydney; Kathmandu; and Paris during 2020 and 2021, with more destinations in the pipeline. SriLankan Airlines’ global network expanded significantly, and all-new destinations were introduced after thorough studies of factors such as demand, frequency and response. The new routes are indicative of the Airline’s continuous commitment to enhance its network and the travel options available to its passengers worldwide. SriLankan currently operates out of the following Indian cities: Chennai; Tiruchirappalli; Madurai; Bangalore; Hyderabad; Trivandrum; Kochi; Delhi and Mumbai. The Airline introduced a special “buy one and get one free” offer to Indian travellers in the past four months to entice them to travel to Colombo and beyond on SriLankan Airlines. The offer was timed along with the Sri Lankan Government’s announcement to reopen the island to fully vaccinated Indian tourists and was very successful. Furthermore, the Airline increased its frequency of flights from and to India to bring about greater convenience and choice to Indian passengers. Currently, SriLankan Airlines operates flights from 9 cities in India with 54 weekly flights.