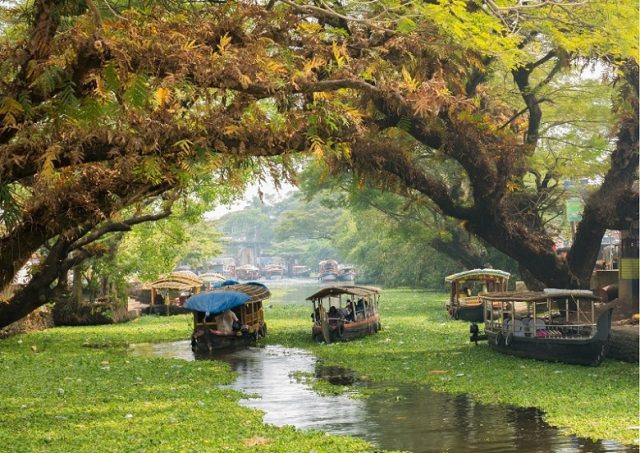 Kerala made a record-setting 196 per cent surge in domestic tourist arrivals in the first three quarters of the current year as compared to the corresponding period a year ago, reflecting a spectacular comeback from the pandemic-triggered downturn, Tourism Minister Shri PA Mohamed Riyas said.

Sending clear signals that Kerala’s crucial travel and hospitality sector is poised to surpass pre pandemic levels, the state received a total of 1,33,80,000 domestic tourists in nine months till this September, notching a 1.49 per cent increase as compared to the same period before COVID-19 struck the world, the Minister told a press conference here.

What is more, this impressive performance shows a 196 per cent jump against the corresponding period last year, reflecting the success of the efforts made by the state including the marketing campaigns it mounted in India and abroad, Shri Riyas said.

Also, the January-September period this year saw a 600 per cent stride in foreign tourist arrivals to Kerala, and the state is expected to host more overseas travellers as the world is opening up and overcoming the pandemic-induced restrictions.

Overall, Kerala Tourism grew by 120 per cent amid a 12.07 per cent surge in state Gross Domestic Product in 2021-22, which is above the national average, as cited by the Department of Economics and Statistics, the Minister said.

“Kerala managed to put tourism sector back on its growth trajectory by adopting timely policies with the flexibility required. The state has succeeded in guaranteeing safe tourism supplementing with new products,” Shri Riyas said.

Kerala’s caravan tourism, Keravan Kerala, launched during the pandemic period, will be further developed as it has tremendous scope to attract foreign tourists. As part of this, plans are afoot to develop caravan parks in Bolgatty and Kumarakom, the Minister said.

Also, Kerala pavilion at WTM received great appreciation from global stakeholders, reinforcing the message that the state is all set to receive visitors from all parts of the world, said Shri Riyas, who led the Kerala delegation to the event.

Recently, Travel+Leisure India & South Asia declared Kerala as the best wedding destination, based on the readers’ choice. Kerala Travel Mart (KTM) held in May this year gave the industry a fresh confidence as government promoted novel packages like Revenge Tourism and Workation tourism.

The state has succeeded in sending right signals to the world by focusing on domestic tourism without slackening efforts to position Kerala as a global hub that promises diverse experiences to visitors, Shri Riyas said.

Kerala has made such strides by carrying out special drives focusing on those states from where it traditionally attracts more visitors.

“These initiatives boost not just travel and hospitality industry but impart a fresh dynamism to overall economic development with the local community being the prime beneficiary”, the Minister said.

There has been a notable increase in footfalls in three upland districts of the State- Idukki (47.55 per cent), Wayanad (34.57 per cent), and Pathanamthitta (47.69 per cent).

The Tourism Department is making all efforts to improve domestic tourism. Besides wooing tourists from other states, the department also focuses on giving added momentum to local tourism within Kerala. Also, travel lovers are encouraged to explore the destinations within their districts.

More than 100 new tourism destinations will be added to the state’s tourism map by 2023 as part of the Destination Challenge Project, being carried out in collaboration with local self government institutions.

Lauding the role of media and public in reviving the pandemic-hit tourism in the state, Shri Riyas said secularism, unity and harmony of the people have led to the growth of tourism. For further growth of the sector, public participation will be ensured.

“Soon, eight more districts in the State will have Beypore model sea bridges. Similarly, there will be hiking and trekking facilities in hilly districts. Major plans are also on the anvil to step up hospitality facilities and improve the condition of roads to destinations”, he added.

The implementation of a set of meticulously-crafted steps will help in future trajectory of travel and hospitality industry in the state, he added.