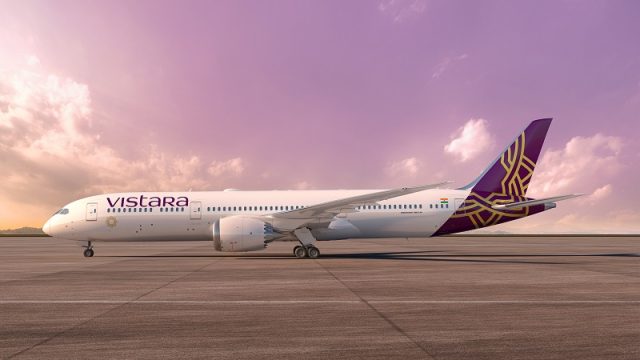 Vistara has entered into an interline partnership with WorldTicket (W2), part of the 777 Travel Tech group and the only authorised distributor for Europe’s largest railway operator, Deutsche Bahn. The partnership enables Vistara to offer multimodal itineraries to its customers, empowering them to seamlessly book air and rail travel throughout Germany and other European cities on a single itinerary. Through this partnership, Vistara becomes the only Indian carrier to offer such a service for travellers to and from India.

Commenting on the partnership, Deepak Rajawat, Chief Commercial Officer, Vistara said, “We are delighted to partner with WorldTicket and offer Deutsche Bahn’s extensive network of destinations within Germany and the rest of Europe to our customers. This partnership is aimed at making the travel experience of our customers simpler and seamless as they go beyond Frankfurt to other parts of Germany and Europe on a single itinerary.”

“We are excited to be working with Vistara”, says Peer Winter, Vice President of Commercial Business Development at WorldTicket. “With the multimodal interlining partnership in place, Vistara can offer a richer experience to its passengers while increasing ancillary revenue opportunities and encouraging brand loyalty.”

From the customer’s perspective, they will book a single itinerary that includes both flight and rail reservations and only need to check in separately for each segment. Once passengers arrive at Frankfurt (FRA), they can clear immigration, collect their bags and proceed to the railway station at Frankfurt Airport to board their train.

“The partnership also offers Vistara and its customers unprecedented access to Europe’s largest economy, which serves as a global travel destination and a gateway to the world. We look forward to continuing to partner with Vistara as we work to expand options for travellers across the globe,” added Peer.