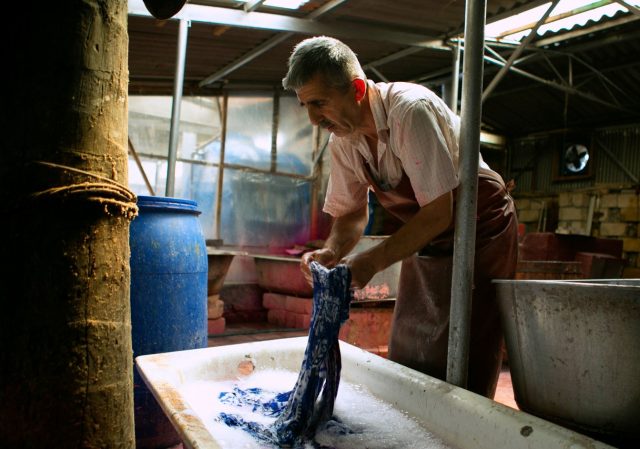 Four intangible cultural elements of Azerbaijan were added to UNESCO’s World Heritage List during the 17th session of UNESCO’s Intergovernmental Committee for the Safeguarding of the Intangible Cultural Heritage in Rabat, Kingdom of Morocco.

UNESCO works to preserve the traditions, practices and skills of the world nations in order to pass the legacy to future generations. Among the Azerbaijani traditions and skills recently inscribed by UNESCO are “Sericulture and traditional production of silk for weaving”, “Pehlevanliq culture: traditional zorkhana games, sports and wrestling”, “Telling tradition of Molla Nasreddin” and “Culture of Çay (tea), a symbol of identity, hospitality and social interaction”.

The traditional production of silk weaving is jointly represented by Azerbaijan, Afghanistan, Islamic Republic of Iran, Türkiye, Tajikistan, Turkmenistan, and Uzbekistan. In our cultures, people highly value silk products which are used for special social occasions such as weddings, funerals and family gatherings. This tradition is very unique as it not only unites the nations of different countries, but also combines culture, art and science within its practice. In Azerbaijan, the legacy of the legendary Silk Road is notable in Sheki (UNESCO site) and the small mountain village of Basgal. The village is known for preserving the tradition of making kelaghayi which is the traditional Azerbaijani silk headscarf, also added as a part of intangible UNESCO heritage in 2014.

As an integral part of folk events and celebrations, Pehlevanliq culture in Azerbaijan has been a big part of traditional sports and games, such as wrestling, and individual performances. In the traditional wrestling competitions, Pehlevans use specific heavy tools that resemble medieval weapons (such as swords, shields and bows) and are accompanied by traditional music or fast-beating drums. Even nowadays, the local community shows big interest to this tradition as it provides the strong sense of identity, symbolising determination and social cohesion.

Social practice of “The Telling Tradition of Nasredding Anectodes” is jointly celebrated and submitted by Azerbaijan, Kazakhstan, Kyrgyzstan, Tajikistan, Türkiye, Turkmenistan, and Uzbekistan. This narrative tradition refers to the telling of anecdotes by the philosopher and sage Nasreddin that are full of wisdom and witty repartees. The power of word in this anecdotes carries a rebellion attitude within as they usually serve as solution of complicated situation usually breaking the accepted norms of the society.

Azerbaijan and Türkiye share many similar traditions, among which tea culture has a special place. Being an important social practice, the tea ceremony demonstrates hospitality and creates an environment for building social ties through celebrations and casual gatherings. Tea ceremonies have evolved over centuries to include their own rites and rituals. Azerbaijanis serve tea in a special pearshaped glass called an armudu, often together with lemon and sugar, honey, jam, nuts and sweets.

The fruitful collaboration between UNESCO and Azerbaijan have been motivated by shared goal of the protection and preservation of cultural and natural heritage. As for now, 19 intangible elements and 3 sites of Azerbaijan are included to the UNESCO heritage lists.