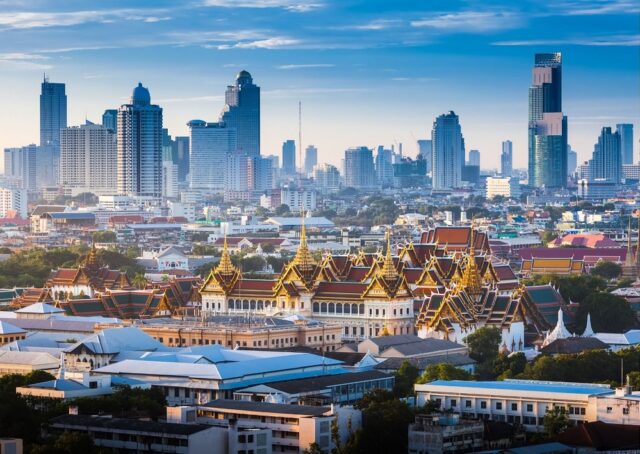 The plan includes promotion of “white routes” for tourists in line with a bio-, circular and green economic development strategy for more sustainable and safe tourism, Thanakorn said.

Also under the plan, from the start of the second quarter, April, an “entry fee” of 300-baht would be collected from foreign tourists arriving in Thailand, the spokesman said.

The 300-baht fee would be used to develop tourist attractions and for accident or death insurance for all tourists. The maximum insurance payout would be 1 million baht in the case of death and 500,000 baht for medical expenses.

The charge would be included in air fares. The means of collecting the entry fee from people arriving by land was still being considered.

According to Thanakorn, the Tourism and Sports Ministry expected revenue from tourism this year of 1.3-1.8 trillion baht, from 5-15 million foreign tourists.

He said if tourists were mainly from Europe or the United States, arrivals were estimated at 5 million this year. This would rise to about 7 million if tourists also came from India.

If in the second half of the year China allowed its citizens to travel abroad, the number of tourists arriving in Thailand this year would rise to about 9 million.

If Thailand reopened its borders with Myanmar, Laos and Malaysia for tourism, the number could be as high as 15 million tourists in total, Thanakorn said.

The number of domestic tourist trips was expected to total as many 160 million, generating about 700 billion baht of local income.

Despite the prevalence of the Omicron variant of Covid-19, the government would continue with its tourism promotion campaigns, he said.

Thanakorn said Prime Minister Prayut Chan-o-cha had instructed state agencies to monitor the Covid-19 situation both in the country and abroad, in order to be able to draw up plans to restore the country in all aspects by keeping the economy and public health in balance.