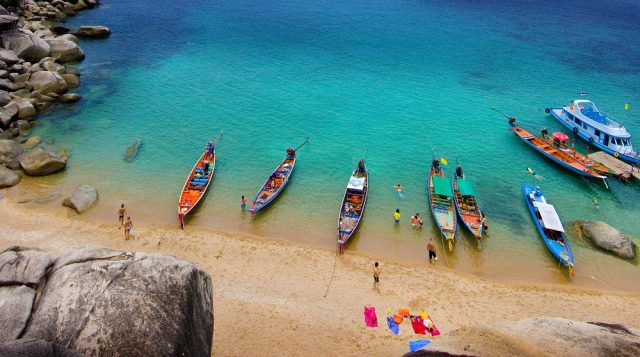 After more than one year of border control and an initiative to bring back foreign visitors to the resort island Phuket from July, Thailand is set to reopen more of its popular tourist destinations to fully vaccinated foreign visitors starting next month, reports Xinhua news agency.

Regions including the capital city Bangkok, Chiang Mai, Chon Buri, Phetchaburi, and Prachuap Khiri Khan are set to reopen to vaccinated foreign visitors from October 1, while another 21 destinations may reopen from mid-October, the Tourism Authority of Thailand (TAT) announced on Friday.

The Phuket program had attracted more than 26,000 tourists during the past two months to the island, generating 1.63 billion baht ($50 million) in revenue, according to TAT.

Local tourism may also get a big push as the government considered measures to encourage domestic travelling starting from mid-October if the number of new Covid-19 cases remains at a manageable level.

According to Minister of Tourism and Sports Phiphat Ratchakitprakan, two local tourism campaigns in the pipeline are the “We Travel Together” Phase 3 and “Travel around Thailand”, which would be subject to the Centre for COVID-19 Situation Administration (CCSA)’s approval at the end of this month.

“We are closely monitoring the development trend in the number of new daily infections following the lockdown easing that took effect on September 1. If the new case tally remains at a manageable level, we will continue to pursue our plans,” Phiphat told the local media on Friday.

The Minister said the two campaigns, which had been postponed because of the third wave of the outbreak since early April, will be important for the survival of the Thai tourism industry.

Under the “We Travel Together” scheme, travellers will be given a 40 per cent discount on accommodation, a 600-baht voucher for food and beverage for every night booked and another 40 percent discount on plane tickets, according to Phiphat.

It is expected to cover 2 million applicants.

The “Travel around Thailand” project will subsidise 40 per cent of tour packages of up to 5,000 baht for 1 million Thai tourists.

TAT governor Yuthasak Supasorn expected the campaigns to help unleash pent-up demand. “Most Thais will prefer to travel within the country for the end of this year as going aboard can still be considered quite a challenge, due to the ongoing global pandemic,” Yuthasak said.

TAT estimated that there would be 90 million domestic trips this year, in line with the number recorded in 2020. The tourism incentives are part of the Southeast Asian country’s efforts to strike a balance between pandemic containment and economic growth as long as the COVID-19 infections remain at a level that does not overwhelm the public health system.

The revival of the tourism sector has been high on the Thai government’s agenda as the sector accounted for about one-fifth of the country’s gross domestic product in years before the pandemic.

The government has also been accelerating vaccine roll-out, vowing to inoculate about 70 percent of the whole population by the end of the year. To date, more than 16 per cent of the population has been fully vaccinated, according to the CCSA.