Every ten years the town of Oberammergau is transformed into a theatre stage. 2,000 actors and extras from the community present the suffering, death and resurrection of Jesus Christ in a five-hour performance.

The spectacular amateur theatrical performance attracts up to half a million spectators from all over the world. Every ten years, between May and October, the villagers re-enact the last five days of Jesus’ life in more than a hundred performances, turning Oberammergau into the world’s largest outdoor stage. In addition to the acting, music plays an important role, with solos and choral numbers, both dramatic and contemplative. They reflect the events of passion and are largely based on compositions by Rochus Dedler (1779 – 1822).

A village takes to the stage

The Oberammergau Passion Play engages half the village on stage. Around 2000 of the 5000 inhabitants, regardless of age, participate as actors, extras or stagehands. Performing in the Passion Play is often a family tradition. If the grandfather had participated in it, so would father and son. Many key players take time off or reduce their regular work during the Passion Play months. The start of the Passion Play is one year earlier, on Ash Wednesday. That’s when the hair and beard decree is issued. Actors are advised not to cut their hair from this date until after the end of the performances. Men should also grow their beards.

The plague promise ended the epidemic

The first Passion Play in Oberammergau was held in 1634. At that time the black plague raged through the country, which also claimed the lives of 80 Oberammergau citizens. Not knowing any other way to help themselves, the people made a vow. They promised to regularly re-enact the suffering and death of Jesus if they from then on would be spared the plague. From that moment on, there were no more plague deaths and the story of the Passion Play began. In 1680, a ten-year cycle was established. With the exception of a few interruptions caused by political reasons, this has been maintained until today.

Since the middle of the 19th century, the Passion Plays have also become internationally known. Austria’s Empress Elisabeth sat to watch, as did Bavaria’s King Ludwig II, composer Franz Liszt and tower builder Alexandre Gustav Eiffel. In accordance with the schedule, the historical performances were to have taken place in 2020. But due to the Corona pandemic, they had to be postponed, now running 14 May to 2 October 2022. For the first time, there will be special Youth Days happening on 7 and 8 May 2022. More than 8000 young visitors will be invited to an audition as well as an accompanying church programme with ecumenical services and workshops.

Romit Theophilus, Director for India, The German National Tourist Office said, “The long wait is over, an opportunity that arises once every ten years is an opportunity not to be missed. A theatrical tradition since 1634, the world-famous Oberammergau Passion Play is a much-anticipated re-enactment of the crucifixion of Christ – from His entry into Jerusalem to the Resurrection – performed only once a decade in the quaint Bavarian village of Oberammergau. Ahead of the summer season, Indian travellers are looking forward to 2022 vacations which will also include the Passion Play experience. During the summer vacations, Indian guests would enjoy preferred seating at the Passion Play, accommodations in the heart of Oberammergau, and will make the most of their stay in this charming city.”

Apart from the Passion Play, the region also offers many tourist highlights. The Ammergau Alps Nature Park attracts visitors with its magnificent mountain panoramas, fantastically situated lakes and picturesque castle ruins, offering walks, cabin hikes, themed trails or cycling tours. Parents can keep their children happy with open-air museums, fun pools, bike parks and a fairytale forest. Impressive monasteries, museums and churches welcome those interested in culture. Among them are some world-famous buildings such as Neuschwanstein, the fairytale castle of King Ludwig II, the imposing Ettal Monastery with its baroque basilica and rococo sacristy, as well as the small but magnificently decorated Wieskirche, a UNESCO World Heritage Site. 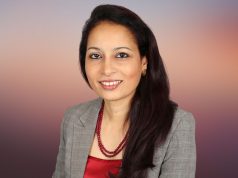 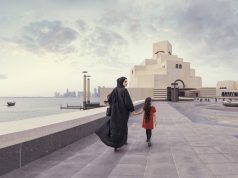 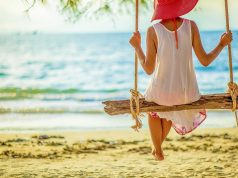