Los Angeles has safely and fully reopened, thanks to close collaboration with Government and Public Health officials. Now, the Los Angeles Tourism & Convention Board is inviting visitors to start their comeback and experience the seemingly endless new attractions, hotels, restaurants and more that are opening around the City. A sampling of these openings follows.

Venice Beach’s only beachfront hotel, from Proper Hospitality, opened with 30 rooms and six suites. The hotel, redeveloped from a 106-year-old building, features a rooftop bungalow and is five blocks from famed Abbot Kinney Boulevard.

AccorHotels’ Fairmont badge will take over the landmark Century Plaza hotel in Century City when the property completes its $2.5 billion redevelopment. Scheduled to open September 27, the Fairmont Century Plaza will have 400 rooms and 63 luxury residences; a 14,000-square-foot spa; 24,000 square feet of private-event space; and four food and beverage options.

Proper Hotels will open a second Southern California hotel at the downtown Los Angeles site of the former Case Hotel in July. The 13-story property, which was built in 1924, will have 148 rooms as well as a rooftop pool and two restaurants overseen by James Beard Award-winning local chef Suzanne Goin and Caroline Styne (Lucques, a.o.c., Tavern).

Amsterdam-based hotel specialist CitizenM will make its West Coast debut with its Los Angeles property. The Downtown site, located at Fourth and Spring Street, will have 315 rooms. Surrounded by iconic landmarks of early 20th century moviemaking, Little Tokyo, Disney Concert Hall and fashion districts, citizenM’s Los Angeles Downtown property brings an affordable luxury experience just down the road from Hollywood. Guests will be surrounded by artwork by internationally renowned artists, both in-room and in shared spaces, such as wallpaper by Friedrich Kunath in the living room, and five pieces from the KRC Collection including a video art installation by The One Minutes.

The Shay, a boutique hotel which is part of the 500,000-square-foot Ivy Station mixed-use project in Culver City, is slated to open this fall. The 148-room hotel, which will be operated by Hyatt as part of its Destination Hotels group, will feature a 5,000-square-foot rooftop space with a pool, restaurant and lounge. The hotel will also include the restaurant etta, helmed by Chicago chef Danny Grant.

L.A.’s chefs continued to innovate and create throughout the pandemic, launching exciting concepts that visitors can now experience during their next trip to L.A.

A proudly Black-owned business, the popular pandemic pop-up VTree has made things permanent with a brand-new location for its plant-based soul food.

Hip Hop royalty lives on…through pizza. The daughter of Jam Master Jay, Tyra Myricks, and the daughter of the late Christopher Wallace (aka The Notorious B.I.G), Tyanna Wallace, opened Juicy Pizza this month to give L.A. some of the New York City-style pizza they felt was missing.

A new restaurant concept from acclaimed restauranteur Philip Camino and under the culinary direction of world-renowned Chefs David Schlosser (Shibumi) and Derek Wilcox (formerly Shoji), the Brentwood restaurant presents Washoku, a celebration of Japanese culture through traditional dishes in harmony with the seasons and local ingredients.

Boasting more museums, galleries and performing arts venues than any other U.S. city, L.A.’s museums are a must-do for City of Angels itinerary.

New exhibitions include “Covid-19: All in This Together” and “Life! Beginnings.”

LACMA has reopened with “Yoshitomo Nara,” a retrospective of the popular Japanese artist that had been scheduled to open last year, that is on view through July 5, 2022. Upcoming exhibitions opening on November 7 include “The Obama Portraits Tour” and “Black American Portraits.”

The Geffen Contemporary at MOCA

A survey of video installations and sculptures by Swiss media artist Pipilotti Rist is at the Little Tokyo location in Downtown L.A. through June 6, 2022.

Visitors have the chance to check out “Rise Up L.A.: A Century of Votes for Women,” which opened last year, but was only on view digitally. The museum is also introducing audiences to “Spiky, Hairy, Shiny: Insects of L.A.,” an exhibition of insect macrographs from their Biodiversity Science: City and Nature.

Currently on view at The Hammer is “Hammer Contemporary Collection: Brian Jungen,” an installation of consumer goods and materials that addresses the legacy of colonialism and violence in Hollywood westerns.

The Grammy Museum reopened with three new exhibitions. “Dave Matthews Band: Inside and Out” will be on view through this fall. “Y Para Siempre,” spotlighting five-time Latin Grammy winner Marco Antonio Solís, is slated to run through next spring. Rounding out the trio of new exhibitions is “Motown: The Sound of Young America.”

The Broad featuers new, single-artist presentations including Jean-Michel Basquiat with all 13 works by the artist in The Broad’s collection, three on view for the first time; a mini-survey of Roy Lichtenstein with nearly half the 22 works on view for the first time at the museum; ten artworks by Kara Walker including video, works on paper, and two new acquisitions; and a mini-survey of Andy Warhol that features 26 works including a major new acquisition. The special exhibition Invisible Sun in the first floor galleries – developed amid the COVID-19 pandemic and the ongoing movement for racial justice and equity – features works in The Broad collection that resonate with our unprecedented period of rupture and collective desire for healing and recovery.

Warner Bros. Studio Tour Hollywood (WBSTH) welcomed back guests on June 26, revealing new experiences that get fans closer to the entertainment they love. Upon arrival, guests will be greeted at the new Welcome Center, their gateway to Hollywood, with all-new ways to go behind the lens of movie-making magic including the “Storytelling Showcase,” and a new interactive grand finale, “Action and Magic Made Here.” The incredible new Studio Store provides fans access to exclusive merchandise from their favorite film and TV titles. Tickets are available online for $69 for adults (ages 11 and up) and $59 for children ages 5 to 10.

The home of the Los Angeles Chargers and Los Angeles Rams launched SoFi Stadium Tours – an immersive, behind-the-scenes experience that takes guests on a journey through the creation of SoFi Stadium, the largest stadium in the NFL and one of the most technologically advanced buildings in the world. The tour also puts attendees in the heat of the action, showcasing what it feels like to be a player on game day.

Guests on a SoFi Stadium tour will be able to run through a player tunnel onto the field, check out Rams and Chargers locker rooms and even test their football skills on the field. Inspired by the NFL Scouting Combine, some of the on-field tour challenges include running the 40-yard dash, attempting a field goal kick and testing passing prowess. Once an attendee completes an on-field challenge, they will be able to compare their statistics to those of professional football players.

The Academy Museum will be the world’s premier institution dedicated to the art and science of movies. Opening on September 30, 2021, the dynamic film center will offer unparalleled experiences and insights into movies and moviemaking across six floors, including a 288-seat Ted Mann Theater; the Shirley Temple Education Studio; a spherical, 1,000-seat David Geffen Theater; and the rooftop Dolby Family Terrace with sweeping views of the Hollywood Hills.

This now iconic L.A. event returns to Griffith Park for its 13th season. The hayride centers on a story about a witch who has summoned creatures that have hidden themselves among Halloween decorations in the town’s foothills. Tickets start at $29.99. 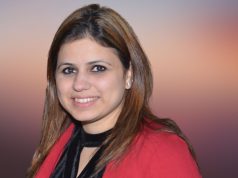