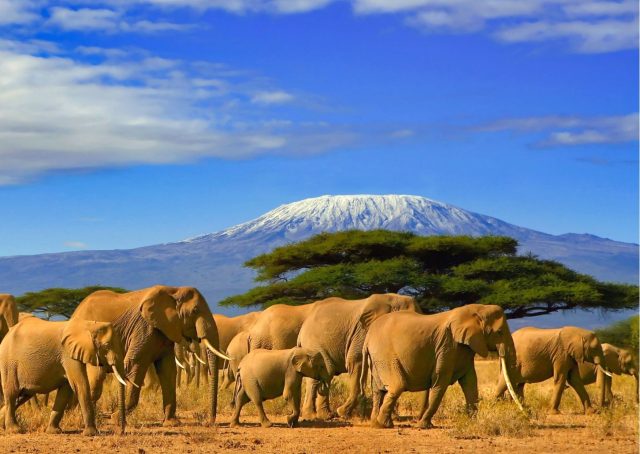 The government launched the country’s first wildlife census in May 2021 with the objective of establishing accurate data on terrestrial and aquatic species. The survey aimed to aid conservation and identify threats to the country’s vast but threatened wildlife populations.

President Uhuru Kenyatta applauded conservation agencies for successfully clamping down on poaching and urged them to find newer, inventive approaches to protect wildlife.

“The reduction in losses of key species such as elephants, rhinos and other endangered species is because of the great work that KWS, is doing. Wildlife is our heritage, this is our children’s legacy and it is important for us to be able to know what we have in order to be better informed on policy and also on actions needed as we move forward,” said President Kenyatta.

Among the species counted using the geographic information system (GIS), camera traps, helicopters, vehicles, and boats were land and water mammals, key birds and endangered primates. More than 30 species of mammals, birds and marine species were counted during the census.

Results of the census show that Kenya had 36,280 elephants, a 12-percent jump from the figures recorded in 2014, when poaching activity was at a high. The population of African savanna elephants plunged by at least 60 percent in the last half century, prompting their reclassification as “endangered” in the latest update to the IUCN’s “Red List” of threatened species.

Other species counted included 1,788 hippos alongside critically endangered species like mountain bongo whose number stood at 150 and sitatunga antelope that numbered 473.

“The census recorded an increase on some of the charismatic species such as elephants, rhinos, lions, giraffe, grevy’s zebra, hirola among others and established baseline numbers for other species,” the report says.

Additionally, other threats to wildlife that were observed during the ground and aerial count included habitat loss, land-use changes and exponential growth of the human population.