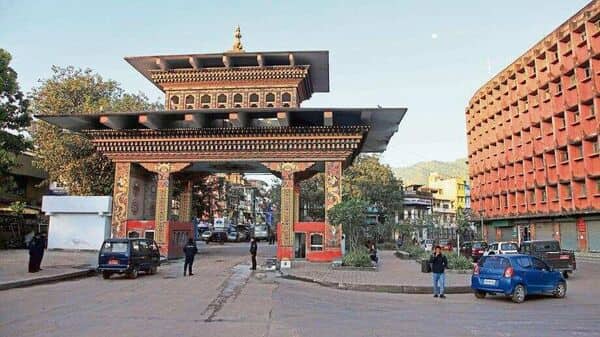 India-Bhutan border gates at Samdrup Jhongkhar and Gelephu along the Assam frontier will reopen for tourists on September 23 for the first time since the COVID-19 outbreak.

A Bhutanese delegation, led by Tashi Penjore, the Himalayan kingdom’s Director (law and order) of the Ministry of Home and Cultural Affairs, held a meeting with Bodoland Territorial Council (BTC) officials on Wednesday and announced that the gates will be reopened after a two-and-half-year hiatus, PTI reported.

The Bhutan government has announced the reopening of its borders for trade, commerce and official transit from September 23 as the COVID-19 scenario has improved, provided the pandemic situation does not worsen, Penjore said.

“Over the last two-and-half years, many officials on both sides have changed and we were not able to meet and establish friendship and person-to-person contacts which are essential for people residing along the border areas of the two countries. We look forward to more such visits,” he said.

He urged Indian tourists to visit different places in Bhutan after entering the country through the Gelephu and Samdrup Jongkhar gates.

“Earlier, we only issued entry permits through Phuentsholing and Paro but now we have added three additional entry gates for tourists,” he said.

A Substantial Development Fund (SDF) will be charged for improving services and infrastructure, besides environmental conservation, he said.

The Bhutan government has planned eco-tourism, bird-watching and other packages for visitors, the PTI report stated.

A Standard Operating Procedure (SOP) has been chalked out to facilitate seamless movement of travelers.

He said visitors who intend to halt the night and travel beyond the designated points will be charged Rs 1,200.

The official appealed to the tourists to bring their voter ID cards and other relevant documents while visiting the Himalayan country.

Besides BTC officials, the deputy commissioners and superintendents of police of Kokrajhar, Chirang, Baksa and Udalguri district were also present at the meeting held at the BTC Secretariat here.