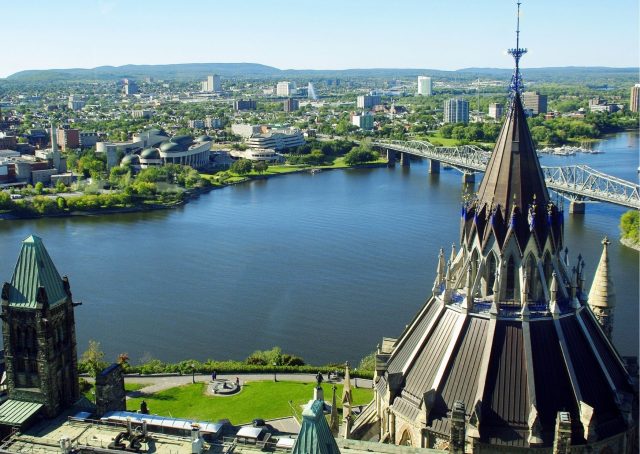 India has officially asked the Canadian government to lift its ban on direct flights from New Delhi. That prohibition has been in place since April 22 and has been extended twice.

The request for early resumption of flights under the air corridor arrangement that came into place last summer was sent by India’s High Commission in Ottawa to Global Affairs Canada, Canada’s foreign ministry, in the form of a formal diplomatic communiqué, a note verbale.

The current ban will expire on July 21 unless extended for a fourth time by the department of transportation. The original April decision came as India faced a devastating second wave of the Covid-19 pandemic and due to fears in Canada over the transmission of the Delta variant by air passengers.

India’s High Commissioner to Ottawa, Ajay Bisaria, who is visiting Toronto, told the Hindustan Times, “We have pointed out to the Canadian authorities that there is a huge demand and inconvenience to both Indian and Canadian passengers, particularly students. As well, we have pointed out the dramatic recovery in India and the drop in cases.”

Bisaria also held meetings with officials from Air India and Air Canada. Before the ban was enforced, the two national carriers were operating almost daily flights between New Delhi and the Canadian cities of Toronto and Vancouver. Both airlines are believed to be keen on resuming services at the earliest.

He also emphasised on “normal mobility” during a meeting with provincial leaders of Ontario, including cabinet minister Victor Fedeli and associate minister Nina Tangri.

The communiqué focused on infection rates dropping in India, as the vaccination programme has expanded and the positivity rate has gone well below 5%. Comparing the two main hubs for the air corridor, an Indian official said while Delhi now has around 50 new cases each day for a population of nearly 20 million, the province of Ontario, where Toronto is located, accounts for approximately 150 every day at this time.