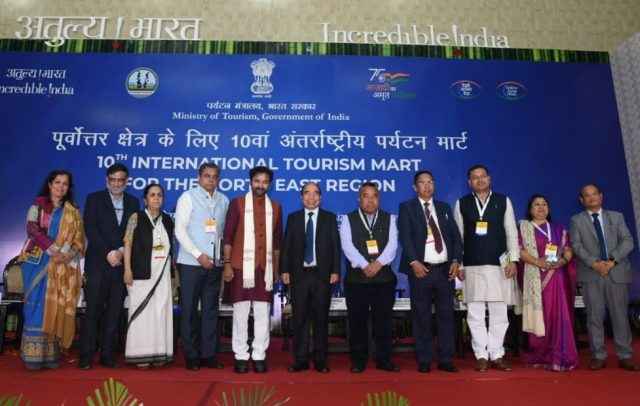 The G-20 offers the best opportunity for India to showcase its culture, history and tourism potential and to position itself as a major tourist destination in the world. India will be soon presiding over the G20 from December 2022 to November 2023. “We will host over 200 meetings across 55 cities during this period. These meetings are also proposed to be held in several states of North East, including Aizawl, said Union Tourism Minister G Kishan Reddy during his address in the inaugural session of the 10th International Tourism Mart (ITM) for the North East Region in Aizawl today.

He further added that among the G20 member countries, China, Mexico, India, South Africa and Indonesia are projected to expand their tourism industry post-COVID. “With our presidency, we definitely can stride ahead of these 4-5 countries to build the rightful place of India’s tourism industry in the global arena. We must plan to showcase our North Eastern Cultural Richness while welcoming the world to our country. This International Tourism Mart 2022 will highlight the diverse tourist attractions and products offered in the 8 states,” said Reddy.

During his address, G Kishan Reddy also informed that India will also hold an investors’ conclave in 2023 to promote global investments and MICE tourism in the tourism sector. “Our focus will be to increase the global investments not only in the hospitality industry but also promote theme parks and entertainment centres, adventure tourism, cruise tourism, wellness tourism, winter tourism etc,” he said.

Reddy also informed that the Ministry of Defence through, its Border roads organisation is playing a crucial role in improving road infrastructure in the border areas. Border Roads Organisation has taken the initiative of providing basic amenities to tourists visiting scenic locations by building Border Roads Organisation cafes. Border roads organisation cafes are being built in 75 locations in the first phase. In the NE states, BRO cafes are being built at 25 locations in the states of Arunachal Pradesh, Sikkim, Manipur, Nagaland and Assam.

Reddy added that the Ministry of Tourism is emphasising on the development and promotion of tourism for the North-eastern States. Under Swadesh Darshan Scheme, the Ministry has sanctioned 16 projects in the North-east region of India for a total amount of Rs.1337.63 crore. “Close to 25 per cent of SWADESH Darshan Projects have been sanctioned to North East states. Under PRASHAD Scheme, the Ministry has sanctioned approximately 200 crores for various projects in the region,” Reddy added.

CM Mizoram Shri Zoramthanga said, “From evergreen hills, dense bamboo jungles, lush green paddy fields and the Blue mountains Mizoram has an unpolluted environment and unpolluted atmosphere, which make the Mizo state one of the most beautiful places to visit in the north eastern region. Mizoram has great tourism potential.” The CM also thanked the Central Government for approving several projects for the development of Mizoram including bamboo link roads and Aizawl bypass.

Speaking on the occasion, Secretary Tourism, Shri Arvind Singh said that the tourism sector accounts for a higher share of women’s employment and entrepreneurship as compared to the whole economy. “Indian tourism industry contributes to around 4.7 percent of the country’s GDP and provides employment to around 31.8 million of inhabitants. If tourism’s contribution is increased to 10 per cent of the GDP in India, it can create 26 million new jobs. According to World Travel and Tourism Council (WTTC), an investment of Rs.10 lakh can generate 47.5 jobs as against 12.6 in manufacturing,” he added.

Earlier briefing media, Reddy informed that INR 58.63 crores have been sanctioned under the Swadesh Darshan scheme for the development of Thenzawl and South Zone and the Development of eco-adventure circuit in the state of Mizoram. Under the PRASHAD scheme of the tourism ministry, Ministry has approved a project for the development of amenities for pilgrims, congregation area, facilitation centre at Aizawl, Hangi Lunlen, Tlang- Prayer mountain, Khuangchera puk, Reiek peak and Khawruhlian. The cost is around Rs. 45 crores. He also informed that a Task Force for Tourism promotion in the North-East will be established soon.

Ministry of Tourism, Government of India is organizing the 10th International Tourism Mart (ITM) for the North East Region from 17th to 19th November 2022 in Aizawl, Mizoram. The objective of ITM 2022 is to highlight the tourism potential of the Northeast region in domestic and international markets. The three-day ITM event will be attended by North-eastern Tourism Ministers, Seniors Officials of North-eastern states, State Governments, and Heads of the Tourism & Hospitality Associations.

The International Tourism Marts are organised in the North-Eastern States on a rotation basis. Mizoram is hosting this Mart for the first time. The earlier editions of this mart have been held in Guwahati, Tawang, Shillong, Gangtok, Agartala, Imphal and Kohima. 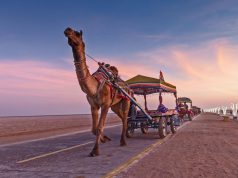 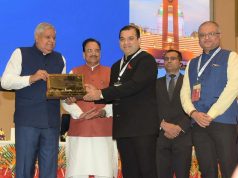 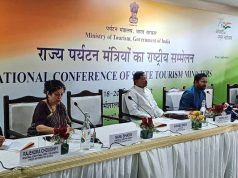