The Ministry of Tourism, Government of India has organised the National Conference of State Tourism Ministers from September 18- 20, 2022 in Dharamshala, Himachal Pradesh, to discuss issues related to the development of tourism in the country.

G Kishan Reddy, Union Minister for Tourism was accorded a Ceremonial Guard of Honour on arrival in Dharamshala, on September 18, the first day of the conference.  The ongoing three-day National Conference kicked off with a press conference chaired by Minister Reddy. Addressing the conference, the Minister stated that in the past 75 years, India has become synonymous with tourism, spirituality, transformation, culture and diversity.

The Conference also has a line-up of motivational speakers like Sadhguru Jaggi Vasudev, the yoga and spiritual guru, Kapil Dev, former cricketer and Anand Mahindra, Chairman of the Mahindra group who will address the notable dignitaries present at the Conference.

The event will focus on various policies and programs of the Tourism Ministry including the development of tourism infrastructure, cultural, spiritual, and heritage tourism, tourism in the Himalayan states, and responsible and sustainable tourism.

Apart from these issues, the role of digital technology in the marketing and promotion of tourism destinations, the emerging importance of homestays in the Indian hospitality sector, Ayurveda, wellness, medical value travel, and the promotion of domestic tourism will also be discussed. Other issues such as wildlife tourism and tourism-related aspects of the G-20 event will also be discussed, along with the review of the implementation of various projects implemented by the Ministry. 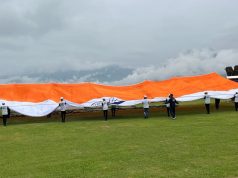 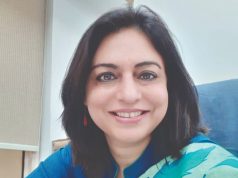 Rupinder Brar moves out of Ministry of Tourism, returns to parent cadre 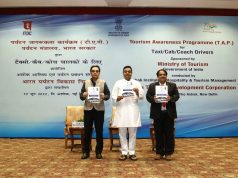